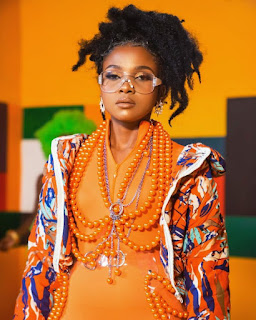 The new queen of New Age music in Tanzania, Zuhura Othman aka Zuchu.

Zuhura Othman aka Zuchu; is the new queen of New Generation music in Tanzania who has responded to the statement of her boss at Wasafi, Diamond Platnumz that if she wants to leave the label then she will pay 10 billion shillings to break the contract.

Zuchu says that he has no problem paying that amount of money if he wants to leave WCB Label owned by Diamond.

Diamond made that statement when he was responding to a fan who asked Zuchu how much money he would have to pay to leave Wasafi?

"Aahh that's not less than 10 billion, don't you see his numbers in YouTube, father..." Diamond replied.

When Zuchu responds to his boss's remarks, he says; "When an artist decides to stay or leave the label, I believe every contract has an agreement that favors both parties; you sat down and agreed, if it was a hole you entered, you dug it yourself.

"If there were things you wanted to change, you had the chance to do it yourself. Everything is discussed, artists were leaving WCB even before I joined, if it depended on other things I would have signed the contract."