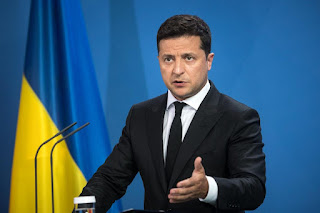 The PRESIDENT of Ukraine Volodymyr Zelensky has once again asked to meet face to face with the President of the Republic of China Xi Jinping to hold talks that will help resolve the war between his country Ukraine and Russia.

Zelensky has noted that he has been asking to speak with Jinping since the war began in February this year, although it has been difficult for that to happen.

Zelensky has said that he wishes to see China use its diplomatic relations as well as its economic power to persuade Russia to stop fighting in the country.

"I would like to talk to him face to face, I had the opportunity to talk to President Xi Jinping once but that was a year ago. Since the start of the large-scale invasion on February 24, we have asked for official talks but we have not been able to get a chance to talk to China even once, despite the fact that I believe there would be help." Zelensky was quoted as telling the Zoom news agency in Hong Kong.

China is a major ally of Russia which has not yet criticized Russia's invasion of Ukraine insisting that Russia's operation in Ukraine was caused by the incitement of Western countries, especially the nations that make up the NATO Community.

So far, since the war began, a total of 5,327 people have been reported killed and more than 12 million have been forced to flee their homes.