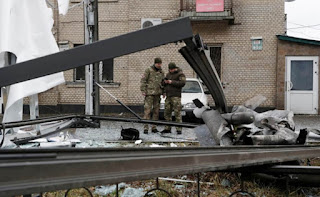 The consequences of the war between Russia and Ukraine

EXPERTS say Ukraine needs to make progress in the south-west of the country during the winter and how Vladimir Putin can try to claim victory for Russia.

The war's half-year coincides with Ukraine's Independence Day, which would normally see citizens celebrating 31 years of independence from the former Soviet Union.

In a situation that scares Ukraine is what is claimed by Russia that Ukraine is involved in the killing of its soldiers, which leads Ukraine to feel that Russia can carry out attacks against its citizens and target important parts of society.

But victory in Ukraine depends on many important factors, including how long the West is ready to provide aid and whether the military can make enough progress before winter sets in.

Here we look at what we can expect to see on the ground in Ukraine and from the Kremlin in the coming months.