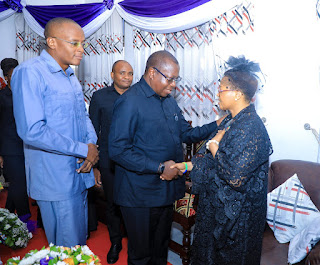 The Vice President of the United Republic of Tanzania Dr. Philip Mpango has attended the tragedy of the former Chairman of the TLP Party, veteran politician Augustine Lyatonga Mrema who died while undergoing treatment at Muhimbili National Hospital.

Along with offering condolences, Dr. Mpango asked the bereaved to be patient in this difficult time while asking them to be brave due to the loss of their loved one.

In addition, the Vice President has spoken of the deceased as a person who was fair and patriotic to his nation who did his work with integrity in the various positions given to him in the government.