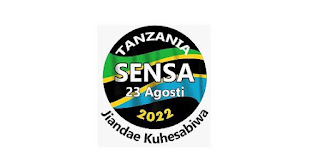 What is the CENSUS? The National Statistics Office (NBS) Population and Housing Census describes the census as a procedure for collecting, analyzing, evaluating, publishing and distributing demographic, economic and social data related to all people and their residences in the country for a specific period.

In another sense, the Census is a procedure for obtaining and maintaining information about the number of people, residences or certain institutions in the country concerned. It is also an exercise with the aim of obtaining the population of all people in the country, knowing the age, sex, place of residence, the status of generations and deaths .

What is the purpose of the census? Knowing the population of all people and their residences is important in all economic, administrative plans as well as various social services needed to raise the standard of living of the people nationally.

By obtaining accurate population and housing statistics, it helps in formulating policies, planning development plans and improving the provision of community services to Tanzanians, including monitoring the initiation and monitoring of various development projects that shape the development of people.

Finally; Population and housing census is very important in strengthening and improving the country's economy and the lives of individual Tanzanians by moving closer to health, education and wealth production services. Therefore, all Tanzanians have the right to unite and be counted by looking at the existing productivity in this exercise. This 2022 census is scheduled to take place on Tuesday, August 23.