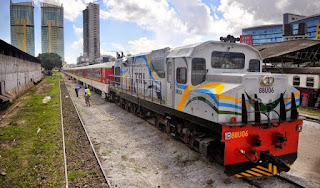 The Tanzania Railway Corporation (TRC) has increased train trips from Dar es Salaam to the northern regions which are Arusha, Kilimanjaro and Tanga from two trips per week as it was before to three trips per week.

Train travel to the regions

In addition, the organization has specially advised users of the transport to book tickets in advance to avoid inconvenience.