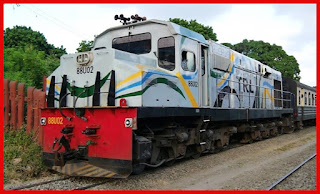 The manager of the Tanzania Railway Corporation (TRC) Dar es Salaam region, Jonas Afumwisye Mwangunga, has been dismissed from his job after allegedly protesting against the charges and defaming the President of the United Republic of Tanzania, Samia Suluhu Hassan through a WhatsApp group, contrary to the rules of service public.

The statement issued by the Director General of the organization, Masanja Kungu Kadogosa, stated that Mwangunga objected to the charge through phone transactions and bank transactions

He claimed that he does not see the benefit of President Samia's visits abroad if the citizens are hurt by taxes, and claimed that President Samia is being used by imperialists. Afumwisye has been fired in accordance with the railway law no. 10 of 2017 section 13(f).