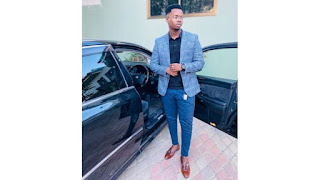 The Kinondoni court has sentenced the businessman, James Simbachawene (24) who is the son of the Minister of State for the Prime Minister's Office (Policy, Parliament and Coordination), George Simbachawene, to pay a fine of Sh250,000 and have his driver's license suspended for six months after to admit three wrongs.
The accused has been brought to court today, Wednesday August 24, 2022 in the evening and his charges were read by the Government lawyer, Daisy Makakala, before Resident Magistrate Aron Lyamuya.
The charges include dangerous driving, drink driving and driving without insurance.
After the charges were read, the defendant confessed and then judge Lyamuya adjourned the case for a while to write the sentence.
After a short time, the judge Lyamuya sentenced the businessman to pay a fine of Sh100,000 for the offense of dangerous driving, Sh100,000 for the offense of driving while drunk and Sh50,000 for the offense of driving without insurance.
In addition to the fine, Simbachawene's license has been suspended for six months.
Initially, Lawyer Makakala claimed that the accused is facing a road safety offense case number 284/2022.
Next Post Previous Post
NEWS