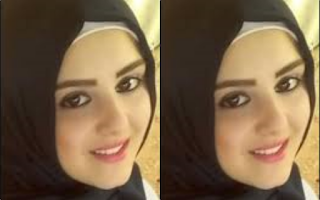 Hana Mohamed Khodor; is a 21-year-old beauty who has met death by refusing to have an abortion under the pressure of her husband.
Hana was five months pregnant when she died after receiving a severe beating and being set on fire by her husband, in case she refused to abort the pregnancy in question.
The husband wanted an abortion claiming that it would increase the cost burden for him as they already had two children.
The incident happened in the North of Tripoli in Lebanon where Hana died after 11 days of fighting for her life in the hospital.
News from the country explains that, after beating her a lot, her husband set her on fire through a gas canister and burned almost 100% of her body, where doctors said her chances of recovery were very slim.
While in the hospital, the wife's relatives were struggling here and there to get money for the cost of surgery and blood transfusion to save her life.
Hana's aunt says that the husband beat his wife very cruelly.
A family friend known by the name of Abdul Rahman has already admitted that the husband in question has been arrested by the law enforcement agencies after trying to flee the country following the cruelty he did to Hana.
Next Post Previous Post
E-NEWS