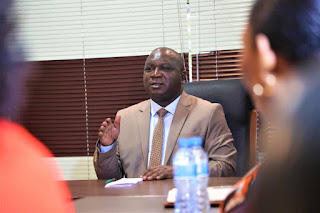 RC Makalla has announced the operation during the working session of the producers of alternative bags, the committee for protection and security and the regulatory authorities including TBS and NEMC.

In addition, RC Makalla has ordered a meeting of the Chairmen of all Markets in the Region to be convened and given instructions to prohibit the sale of bags that are prohibited in their Markets.

In addition to this, RC Makalla has directed the Environmental Control and Management Authority NEMC to return to providing Education to the Citizens about the Effects of the Use of the Bags.

Among the effects of the use of prohibited bags are environmental pollution, tax evasion due to bags being sold secretly as well as killing industries assigned to produce alternative bags.

On their part, the Regulatory Authorities through the Directors of NEMC and TBS have used the meeting to issue a statement to manage the Operation where they have promised RC Makalla that the Operation will be successful.

And the producers of alternative bags have admitted that the production of bags that were allowed to decline due to the overflowing of prohibited bags in the markets and stores, which leads to the death of their industries, where they have asked the government to manage the operation.