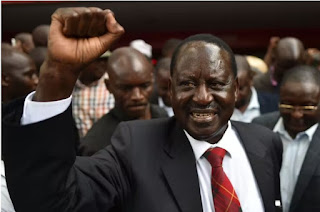 RAILA Odinga, who became a candidate for the position of the President of Kenya, has promised today at eight o'clock to send objections to the victory of his opponent, the President-elect of Kenya, William Ruto, in the votes cast on August 19, 2022.

Odinga, his running mate Martha Karua, and Wiper leader Kalonzo Musyoka yesterday remained firm insisting that their appearance in the Supreme Court will show the world how their victory was "stolen".

The High Court of Kenya

Kenyans are waiting to see the decisions that will be made by the Supreme Court if they will be similar to the decisions of the last election, in that case the Court hopes to set another history of making decisions.