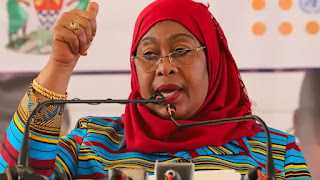 PRIME MINISTER Kassim Majaliwa has said that the President of the United Republic of Tanzania, Honorable Samia Suluhu Hassan, has agreed that August 23, which is the day of Census and Human Settlements, should be a day of rest.

"I would like to inform the members of this session that the Honorable President Samia Suluhu Hassan has approved the 23rd of August as a day of rest so that Tanzanians can be at home, they can receive the census clerks and give relevant information," he said and raised cheers in the hall.

The Prime Minister made the statement today (Thursday, August 18, 2022) at the seventh session of the National Population and Housing Census Committee for the year 2022 held at the Julius Nyerere International Conference Hall in Dar es Salaam.

The Prime Minister has said that due to the decision of the Honorable President, he believes the population and housing census exercise will go well as planned.

Earlier, the Prime Minister received 600 cards from the Ambassador of South Korea, Hon. Kim Sun Pyo with a value of 202 million shillings. He also received 1,759 t-shirts with a message to encourage the census worth sh. 20 million from the Head of the Government Institutions Division of NMB Bank, Mr. William Makoresho who handed over on behalf of the Chief Executive of the bank.

Members of the session were informed that a study conducted by the National Statistics Office (NBS) has determined that the public's understanding of the entire census exercise has reached 99 percent compared to 96 percent in June, 2022.

OFFICE OF THE PRIME MINISTER,