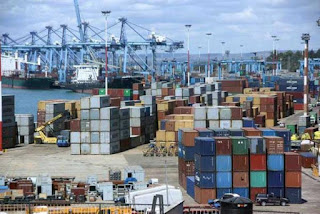 MTCC Come Up With A New Strategy To Improve Port Development

The Maritime Technology Cooperation Center (MTCC) which has ten members, with Tanzania present, have come up with a strategy to increase development in the western part of the Indian Ocean without affecting other social and economic activities.

The plan comes at a time when almost all ten MTCC member countries are in the strategy of strengthening investments to reap more income from the blue economy, which also includes the construction of ports.

This is happening when Tanzania's 1,420 km long coastline on the Indian coast is engaged in the improvement of transport infrastructure, including the construction and repair of ports and other infrastructure such as roads, railways and buildings.

"We have come up with this strategy as a document to guide MTCC member countries to deal with the long-term effects of port development activities on local people, this means that once a new port is developed, local communities may be affected socially, economically and culturally," he said. Dr Arthur Tuda, Executive Secretary of the West Indian Ocean Science Association (WIOMSA).

Elaborating, Dr. Tuda said the local communities could be affected economically by cutting forests and taking land to develop the port, thus hampering their economic activities.

Written by: John Mbwambo with the help of networks.