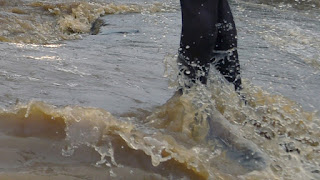 BEIJING Floods caused by heavy rains that continue to fall in Qinghai province in the north of China have caused the death of 16 people while 36 others are missing.

The heavy and sudden rain began to fall on Wednesday evening in the mountainous areas of the province of Qinghai, causing landslides and large streams of water towards residential areas.

Heavy rains have killed more than 16 people and damaged infrastructure

Rivers overflowed with water and diverted towards villages and towns. More than 6200 people have been affected by the floods.

The government has made rescue efforts by sending a team of more than 2000 people and 160 vehicles to help the rescue exercise.