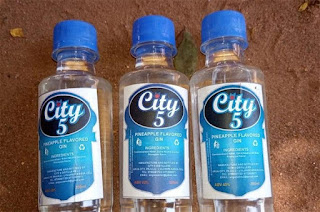 MORE than 10 people have died and others have survived death and been admitted to hospital in Uganda, after drinking City 5 Pineapple Flavored Gin which is allegedly poisonous.

The statement was issued by the Police Force in Uganda and explained that the Police in North Western Uganda are continuing with the investigation of the deaths.

The deaths occurred on Saturday

The deaths are alleged to have occurred on Saturday and Sunday where among the people admitted to the hospital was a businessman who was selling alcohol.

It is not yet known the ingredients used in making the alcohol, mixed with mineral-free water and pineapple flavor.

The spokesperson of the police force in the region has said that samples of the alcohol have been collected and will be submitted to the chief chemist of the government for testing.

Four suspects have been arrested and the factory that was producing the alcohol has been closed for investigation.