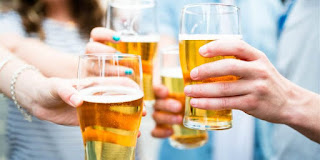 In a situation that may surprise you, the Japanese authorities have asked more young people to drink alcohol, the campaign has been started to increase the country's economy.

"Sake Viva!" is a campaign expected to come up with a plan to make drinking more attractive - and boost the economy.

In that situation, it has been said that the parents of many young people drink more alcohol than the young people themselves.

A group that runs the competition for the revenue authority says that new habits that have emerged during the Covid-19 pandemic and the elderly population have led to a decrease in the sale of alcohol.