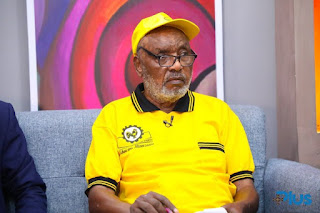 MENDO has finished it! We no longer have Augustino Lyatonga Mrema! He died on the morning of August 21, 2022 while receiving treatment at Muhimbili National Hospital.

Mrema, a prominent Tanzanian politician, has died at the age of 77 and reports say that he was brought to the Muhimbili National Hospital on August 16, 2022 where he continued to receive treatment until he died.

The following is the history of Mrema, the mountains and valleys he went through until he died.

When he was born on December 31, 1944 in Kiraracha Village, very close to Mount Kilimanjaro, his parents named him Augustino. He was born in a very ordinary family, being the second child out of five children in the family of old man Lyatonga Mrema.

When he was born, perhaps even his parents did not expect that one day Augustino Lyatonga Mrema, could become a prominent figure in Tanzanian politics.