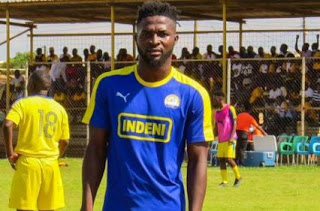 Geita Gold CLUB has announced the signing of defender Shawn Oduro, a citizen of Ghana, on a two-year contract in an effort to reform the squad for the Premier League and CAF competitions.

This is the fourth registration of the miners after George Wawa from Dodoma City, Hussein Kazi (Police TZ) and Goalkeeper Arakaza MacAthur from Burundi.

The Ghanaian defender has been signed by Geita Gold FC

The star, who is the second international signing, has landed at the club to fill the gap left by veteran Juma Nyosso who played for Ihefu in Mbeya City.