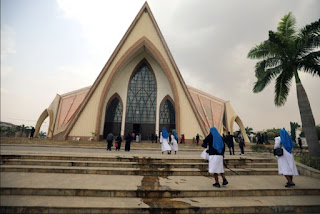 Four SISTERS of the Catholic Church have been kidnapped by unknown people in Imo State in the South East of Nigeria.

The Nigerian police have released the information and explained that the situation has flourished in the country and the main goal is to get money as a ransom to release them.

Imo Police Spokesman, Michael Abattam has said that the sisters were captured on August 21, 2022 near Okigwe Town, while on their way to mass.

Four sisters have been kidnapped in Nigeria

Abbatam has explained that no group has claimed responsibility for the attack, which is currently considered a normal thing in the country.

The report explains that the country has been experiencing a major economic crisis from time to time and has been plagued by crime.

Criminals often kidnap religious leaders not for religious or ideological reasons, but because the church seems to be able to motivate believers to pay ransom for rescuing kidnapped people.

Prepared by Sanifa Khalifa with the help of the internet