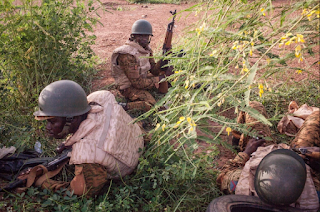 The army of Burkina Faso has said that it accidentally killed civilians during a military operation in the South East of the country earlier this week.

The country has been fighting against the use of Silaa insurgency carried out by Rebel Groups, some of these rebels are linked to the Al-Qaeda group.

The army has admitted to killing civilians by accident

The country's army has admitted to killing civilians in its operation to control the groups.

"During the operations that were carried out to kill several terrorists, it accidentally caused harm to civilians"

The army said in its statement on Wednesday, but did not say how many civilians were killed.

The victims were hit by shells in the area between Kompiengo and Pognoa near the Togo border on Monday.

Togo has been dealing with an incursion by Militants from Burkina Faso, where they killed seven children last month on the same border.