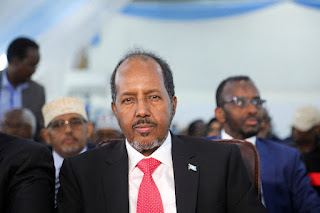 The President of Somalia, Hassan Sheikh Mohamud, on Tuesday promised to completely eradicate the Al Shabab group in a statement he gave to the nation since the Islamic militants carried out a serious attack with a raid that lasted for 30 hours at the Hayat hotel in Mogadishu.

The attack has grown bigger in the capital of Somalia since the President came to power. The group which is related to another terrorist group Al Quaida has been causing many disasters in the country of Somalia, the group has been making suicide attacks in social areas.