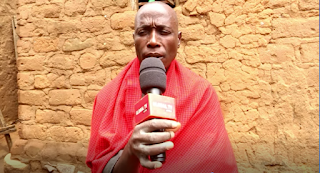 Masanja Mathias, Father of a Woman

A MAN Known as Edward Francis, (20) a resident of Cha Nyabugela village, Mganza District, Chato District, Geita Region, has been accused of killing his wife, Mariam Masanja, by biting her chin and hitting her head with a heavy object until she died.

The incident happened earlier this week where the man allegedly went to his house with the late priest to mourn the death of his brother-in-law who was the brother of the deceased.

The scene of the murder

The parents along with the witnesses of the incident say that Edward came home to apologize for the tragedy after he was released from prison on bail, then he found his wife and carried her to fix the differences they had that caused the woman to flee the city before she went to prison.

It is said that after the two of them left their house with the deceased and went to the house where they lived, that night the incident happened.