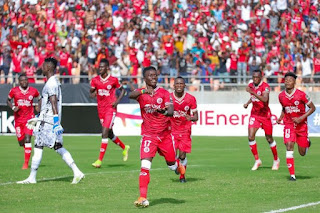 THE PRESIDENT of Senegal Macky Sall has congratulated Simba striker Pape Ousmane Sakho for winning the award for the best goal of the CAF tournament.

"What a great harvest for Senegalese football at the #cafawards2022!

With your courage and titles dear Coach @alioucisse.off, @sadiomaneoffiel, @pape_matar_sarr_15, Pape Ousmane Sakho and selection, you have shown once again that Senegal is a good and respected soccer nation."