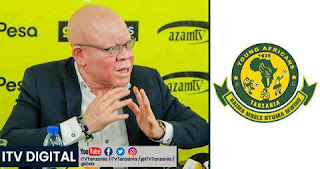 The leadership of the Yanga Club has issued a statement following the punishment given by the Ethics Committee of the National Football Federation (TFF) to its Spokesman Mr. Haji Manara where it has stated that it is disappointed by the decisions and that the Club believes that Mr. Manara was not treated fairly because the penalty of imprisonment for two years and a fine of Tsh. Mil. 20,000,000/= is huge.

Thus, the club has said it supports Mr. Haji Manara in claiming his right to the highest authorities.