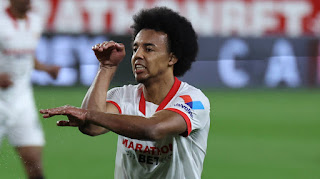 Chelsea CLUB in England is in the process of completing the registration of the central defender of Sevilla club in Spain, French citizen Jules Kounde.

Reports claim that immediately after their initial offer of 42 million Euros was rejected, Chelsea came back with a new offer of 55 million Euros, which is very close to the amount of money that the club needed to sign Kounde.

Kounde (23) has been one of the long-term favorites of German Club Coach Thomas Tuchel, who signed him during the last season's small window but did not manage to secure his signature.

There has been information that the Barcelona club is also in the battle to capture the star's signature while there is already a mutual agreement between the player and the club although until now according to Fabrizio Romano, Barca have not yet sent an official offer to the Sevilla club.