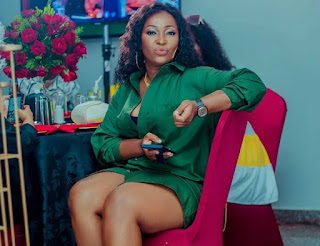 AUNT Ezekiel; She is the symbol of Bongo Movies and an entrepreneur who says that she is surprised by people who wonder why she chose the female artist of Bongo Fleva, Ruby, that she should collaborate with Kusah who is the father of her child and has given birth to both of them.

Aunt Ezekiel is married to Kusah

Speaking to IJUMAA Newspaper, Aunt says that, when Kusah sang with Ruby, she really meant it because Ruby is an artist who sings well and has a good voice, she clearly knows if it's a song, then it will be very good.

Ruby has given birth to one child with Kusah