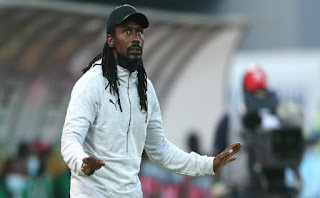 Aliou Cisse, the best coach of the year 2022-CAF awards

ALIOU Cisse, has been chosen as the best coach of the year by the Confederation of African Football (CAF).
Aliou Cisse, 46, led Senegal to win their first African Cup of Nations in Cameroon, earlier this year, after beating Egypt on penalties.
He has also led the Teranga Lions to qualify for the World Cup in Qatar later this year ahead of Egypt in the playoffs.
The former boy with great ability to lead the team has been the head coach of the national team since 2015 and led them to reach the AFCON final in 2019 before their victory this year.
He led Senegal as captain at the 2002 World Cup in Japan, where Senegal reached the historic quarter-finals, better than any African nation has ever reached the tournament.
Next Post Previous Post
SPORTS